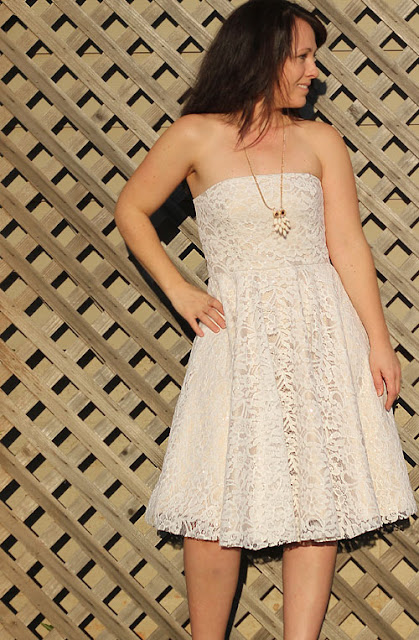 Working toward my goal of learning to sew more for me, I attempted another adult pattern:  Vogue V8766.  Initially, I made the sleeveless, scoop-neck version of the pattern and ended up with a dress that was pretty, but totally didn’t fit.  The entire upper bodice and shoulders ended up too roomy (if you know what I mean) and too wide as well.  I did get the waist sizing right and realized that the circle skirt portion was a great match for my pear-shaped frame.  I was feeling pretty frustrated after the first attempt at the dress, but I didn’t give up. 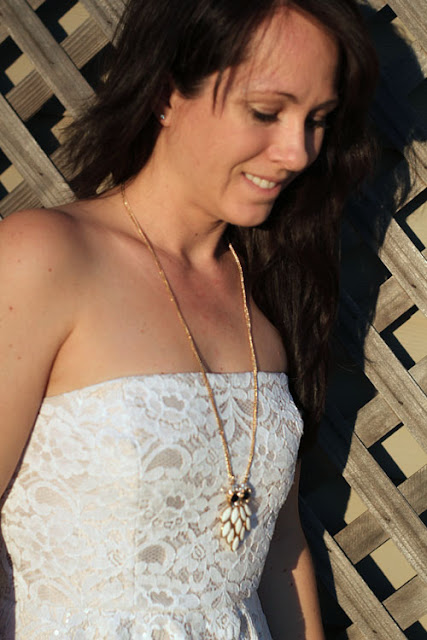 I tried again using the strapless version pattern pieces.  I adjusted the bodice by folding in the pattern pieces at an angle so as to maintain the waist measurements but drastically pull in the whole top of the dress.  I also learned how to size and adjust the side boning so that the dress would come together nicely.  I still need to hem the second dress, which I made out of a plain cotton, and it will work nicely in the spring/summer.  I made my final dress with a lace and lining from the bridal fabrics section.  The lace is a heavy cotton and was pretty pricey, even with a coupon, but I think the end result reflects a nicer, classier dress than the first dress that I made with a cheaper, polyester lace. 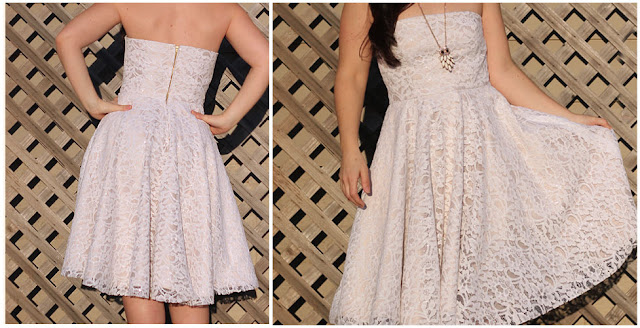 I used a beige lining so that the dress wouldn’t look so bridal-y.  Love how the colors turned out.  I left the lace unhemmed (I might go in and finish the hem later, but it works for now) and did a rolled hem on the lining.  And while the circle skirt was a great style, I ended up cutting it significantly shorter than the pattern because 1) I’m short. 🙂  and 2) the whole dress looked a lot lighter and I looked leaner when the skirt hit just below the knees, but above the widest portion of my calves.  I also shortened the waistline, which elongated my figure, too.  I wore this dress to the Clue-theme party at Alt Summit.  Since we were going for a bit extravagant, I paired it with my feathered fascinator and a vintage fur stole that I found on etsy.  I think the dress turned out great.  The fit was perfect and the finishing passes for professional rather than homemade-looking, in my opinion.  So, I’m going to go ahead and score this a major win in the sewing for me department.  I actually felt like I learned a few things about fit and curves and style that will help me going forward with my next project for myself.  I did not learn anything about modeling for self-timer shots in this process – just sayin’. 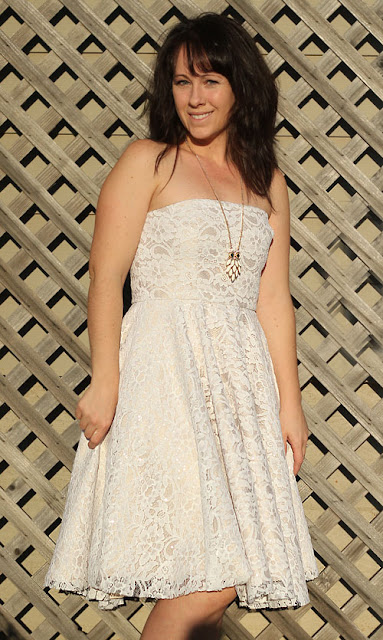