The sides are my favorite part of Thanksgiving dinner and this doctored up Thanksgiving Stovetop Stuffing might be my very favorite of all. Using the breadcrumbs and seasoning that come in the Stovetop stuffing box are super handy, while adding freshly sautéed vegetables and the giblets from your turkey make for a flavorful, delicious side dish.

This glorified stuffing is out of this world amazing. And it’s so easy to make because good ol’ Stovetop has done all the prep work for us! You can adjust the add-ins for your personal tastes, but using this recipe guarantees you’ll have a crowd pleaser to set on the Thanksgiving table with Granny’s homemade dinner rolls, cranberry jello salad, and creamy mashed potatoes.

What is Stovetop Stuffing?

Stovetop stuffing is a pre-made mixture of dried breadcrumbs and seasoning that you can cook up in just a few minutes on the stovetop by adding water and butter. A quick stir and simmer and you have fluffy, moist stuffing in minutes.

We like to use Stovetop stuffing as an easy side or to mix in with some of our other favorite, easy dinners, but for Thanksgiving, we like to spice it up a bit. Stovetop stuffing can also be stuffed into a chicken or turkey, which adds even more flavor and moisture. 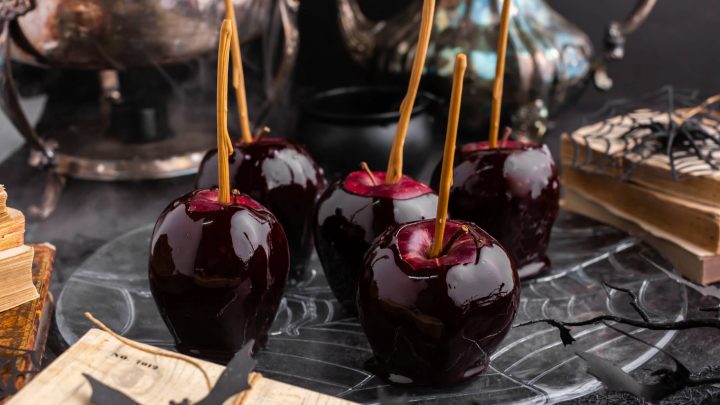 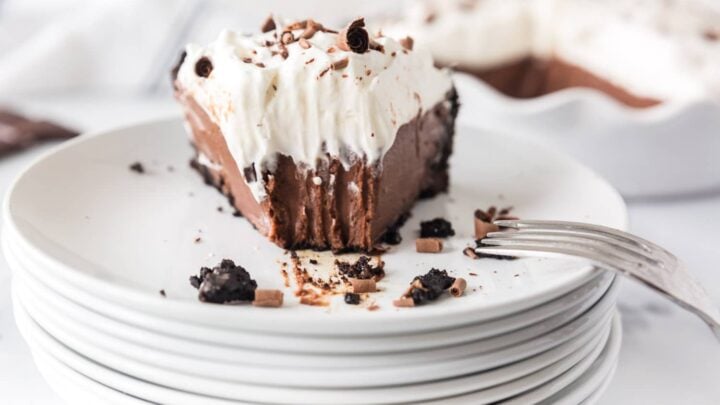 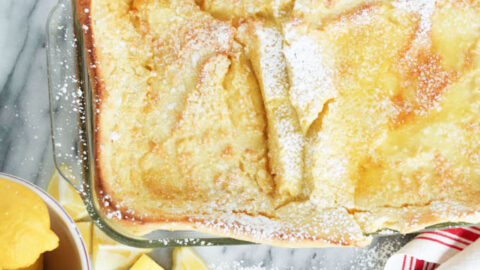 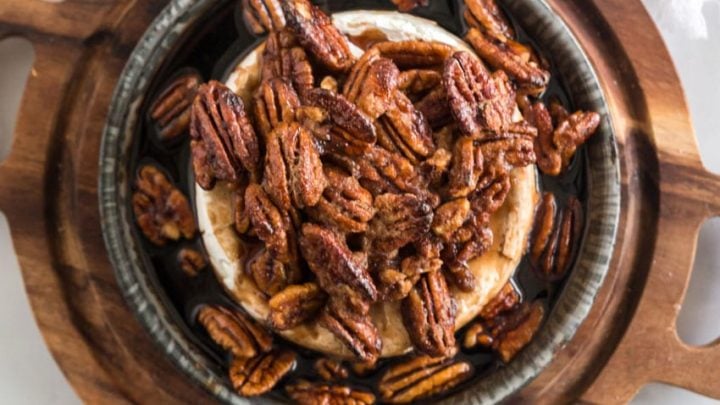 You can choose what kind of additions you’d like to make to doctor up your stuffing, but we typically start with celery and onions and saute them in some olive oil on the stovetop. We also use the giblets (heart and gizzard, but never the liver because we’re not fans), which add another level of flavor to this stuffing.

We add in dried cranberries after the stuffing is prepared. I just love the contrast of the sweetness that cranberries add. I’ve tried raisins, as well, but those need to be stirred in to the stuffing after it finishes cooking in the turkey. Otherwise, the drippings from the turkey add too much moisture to the raisins and they plump right back up into grape status. ha! Pecans or walnuts can be a nice addition also.

How to Make Thanksgiving Stovetop Stuffing:

Step 1: Begin by sauteeing the celery, onions, and giblets in a tablespoon or two of olive oil. Cook until the celery and onions are soft, the onions are translucent, and the giblets are browned.

Step 2: Add the breadcrumbs, butter, and water to the pan. Mix to melt the butter and combine the ingredients. Cover the mixture and let the bread soak up all the water. This only takes a few minutes.

Step 3: Stir in the dried cranberries.

Step 4: This Thanksgiving stovetop stuffing is ready! If I’ve made a large batch of stuffing, I always separate the stuffing into a couple bowls. This way, I don’t contaminate any extra that might not fit into the turkey.

If you don’t want to stuff your turkey, that is fine! This stuffing is still delicious and relatively easy to make, but I would be remiss to not tell you that the yummy factor increases exponentially by giving it a few hours in the oven to soak up all the turkey drippings.

Remember not to stuff your turkey too tight. Loosely packing the stuffing into both the neck and the body cavities is the best method. Stuffed turkeys take longer to cook, but it’s worth the wait! Be sure the stuffing registers 165°F before removing the turkey from the oven.

How do I use giblets in the stuffing?

Remove giblets from your defrosted turkey and rinse. Pat dry with a paper towel. Dice into small pieces, discarding the tough muscle tissue and using only the soft tissue. If you like the flavor of liver, you can add it to the recipe with the other giblets.

Can I stuff my turkey with this stuffing?

Absolutely! The stuffing is MOST delicious if cooked in the turkey. However, it is completely cooked and delicious even if you don’t stuff your turkey.

Can I prepare the stuffing in advance?

Yes! Since your turkey typically spends hours in the oven, it’s nice to have your stuffing ready to go early on Thanksgiving day. I usually prepare the stuffing the night before and then I just have to stuff the turkey right before I stick it in the oven.

Can I stuff the turkey in advance?

What if I have extra stuffing?

Unless I’m cooking two turkeys, I usually do have extra stuffing that won’t fit in my turkey. I am really careful to keep the stuffing that won’t be going into the turkey in a separate bowl so that it doesn’t get contaminated by the raw turkey when I’m stuffing it.

Can I use a different brand of stuffing?

You sure can. Look for bread cubes that have seasoning already added. I haven’t found another brand that is quite as moist and yummy as Stovetop. 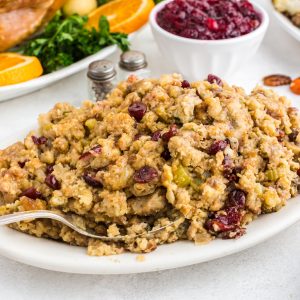