Well, hello!!  I’ve missed you!  It seems I took a bit of an unplanned break – my husband took 10 glorious days off from work and we just played!  He and I even got to sneak away for a couple nights to the coast to celebrate his 40th birthday!  It was bliss, I tell you.  But, we’re back, I’m back, and I have a few fun things planned to share this week!! 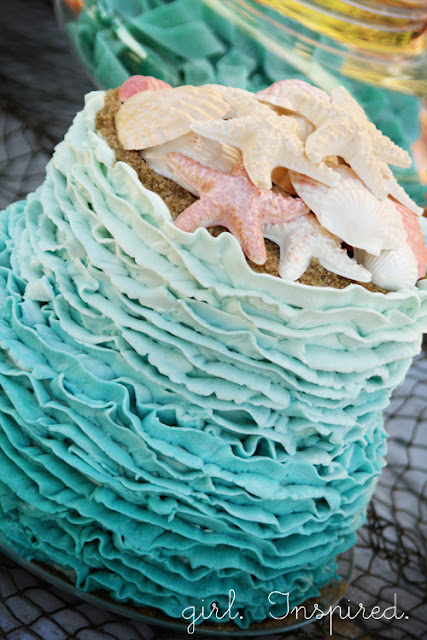 First off, I want to get the mermaid party tutorials wrapped up.  I think I’ve covered most everything except for the sweets.  I think the Ocean Waves Ombre Cake made a big impact on the dessert table and it really was pretty simple to frost.  I didn’t take pictures along the way, but I’ll give you the deets and I did a mini-demonstration on a mason jar, so we’ll see how that suffices. 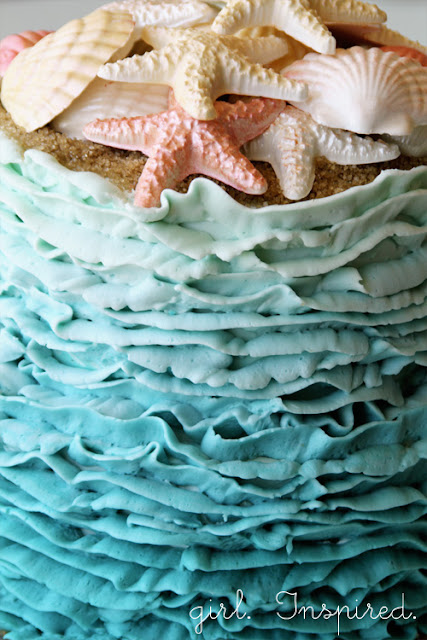 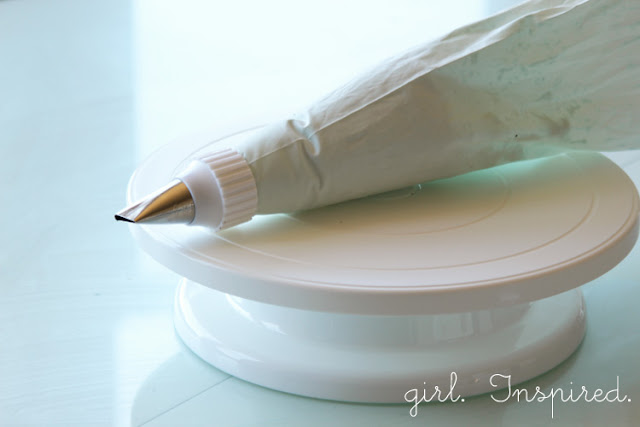 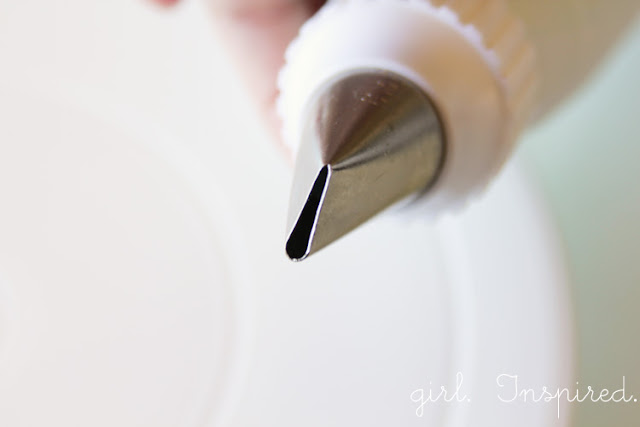 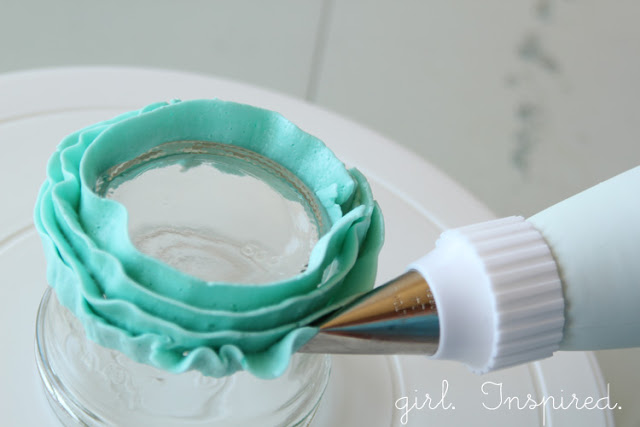 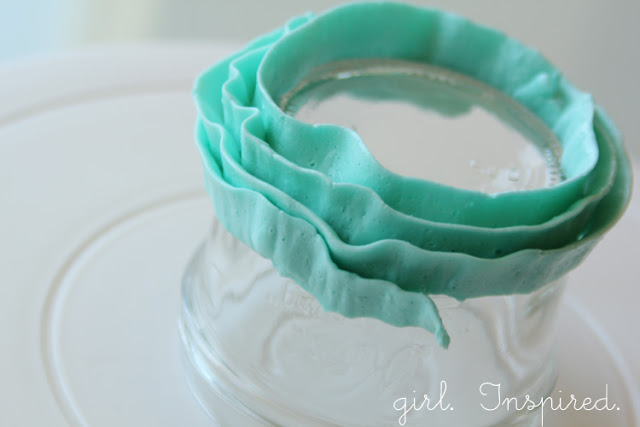 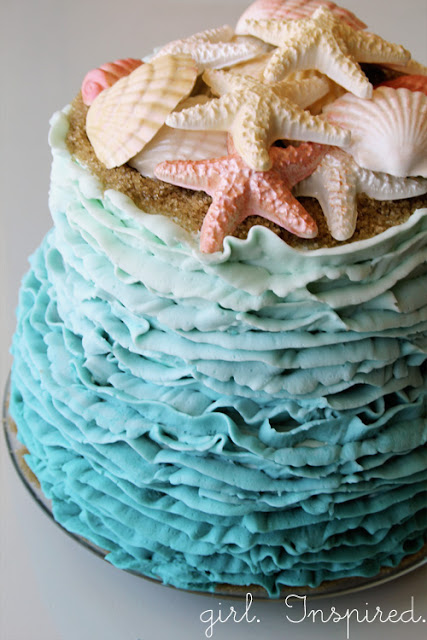 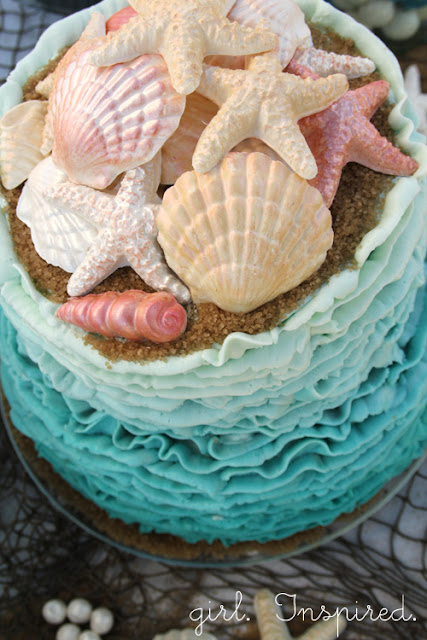 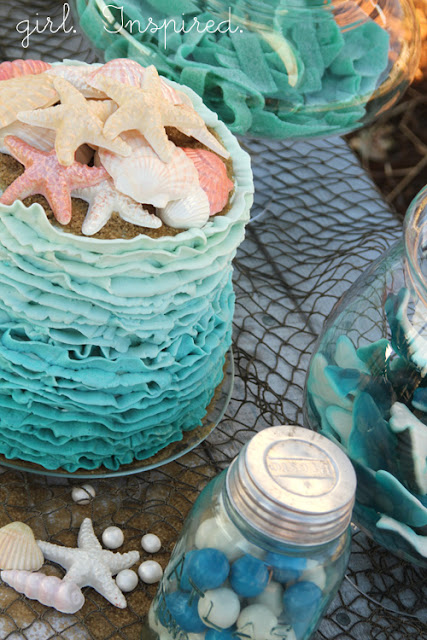 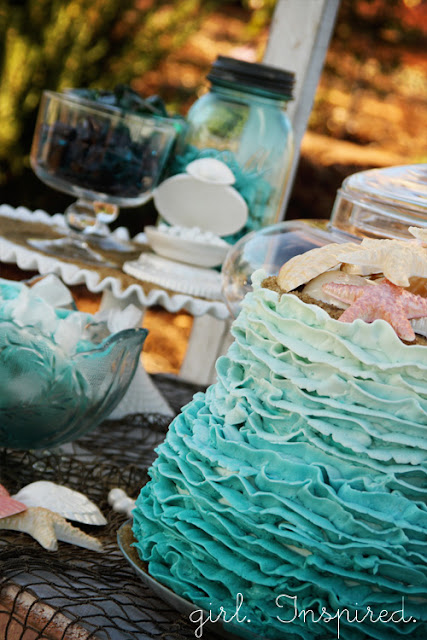 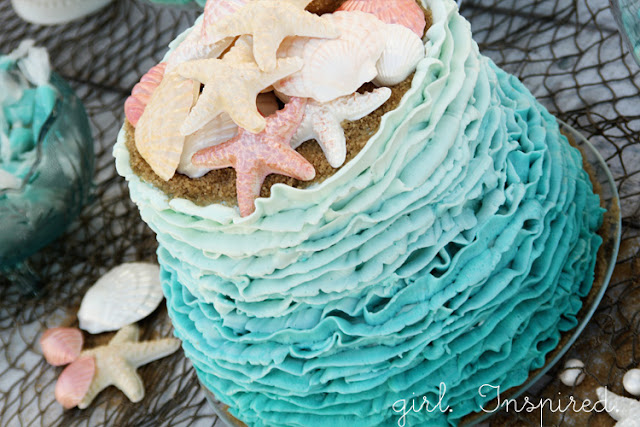