I’m not a cake decorator.  But I like cake and I like to try new things.  As I mentioned before, my mom came over to play treat-making with me and she filled and stacked the cakes and put a nice crumb coating on both of them (that’s when you put a thin layer of frosting over the whole cake and chill it; it kind of “locks in” the crumbs, making it easy to frost).  It was so much fun to have a friend in the kitchen while I decorated cakes into the wee morning hours. 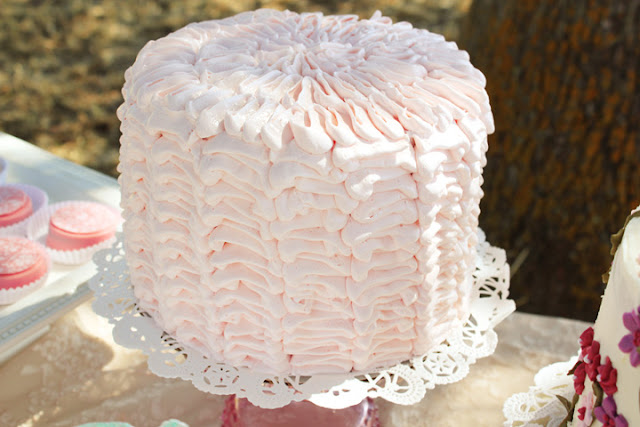 I had seen a few ruffle cakes out there and you know I love me ruffles on just about anything, so I thought I’d give it a try on cake.  This cake was a three-layer, 7-inch chocolate cake with rasberry filling.  I had wanted to frost it with my new favorite strawberry frosting recipe, but I didn’t think there was a chance that the soft frosting would hold up in the warm outdoors.  The image of drinking the cake with straws put my mom and I into a fit of 2 am giggles that nearly woke the house.  I decided to try making Swiss Meringue Buttercream and I resorted to Martha Stewart once again for a recipe.  The frosting turned out decadent.  It piped beautifully, tasted delicious, and held up all the way through the party. 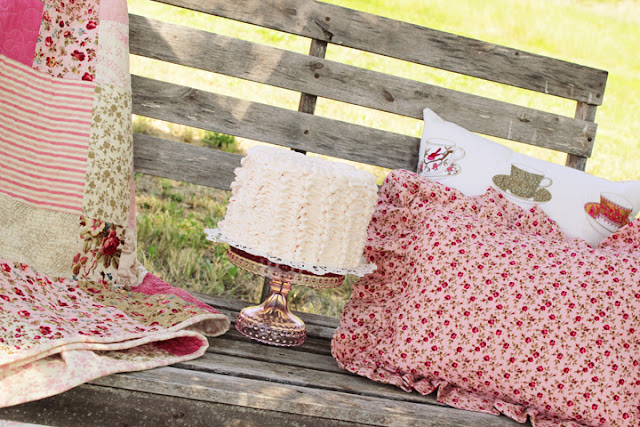 I will definitely keep that recipe in my back pocket for future projects that require detailed piping.  for demonstration purposes, I did up a little tiny cake (and no crumb coating)….so….to do the ruffles, I used tip no. 104. 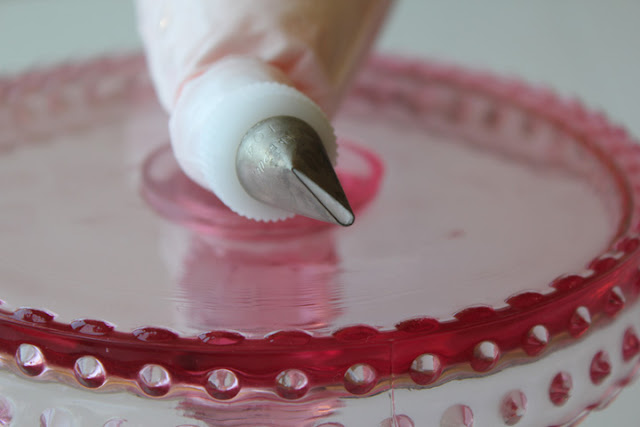 I piped it with the narrower side toward the cake and the wider side toward me.  Working in vertical columns, I just piped from bottom to top, back and forth. 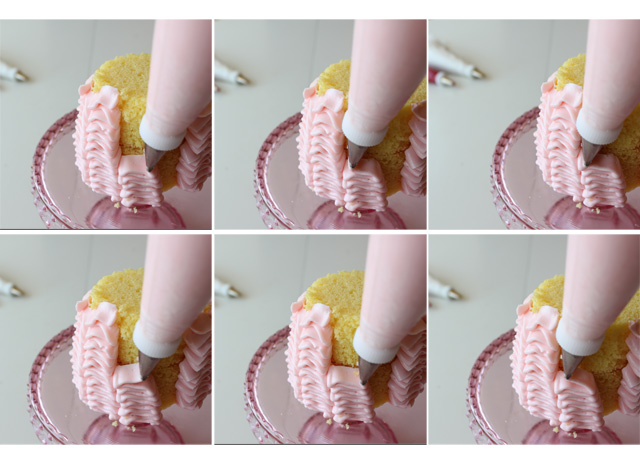 The resulting colums are very flowy, soft ruffles (droopy ruffles?).  You can also turn the tip with the wider side against the cake and the narrower side out toward you. 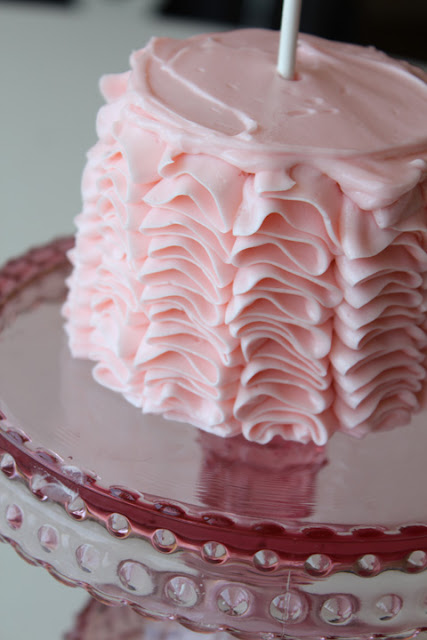 The result is a much more crisp, defined ruffle, which I think I like even better! 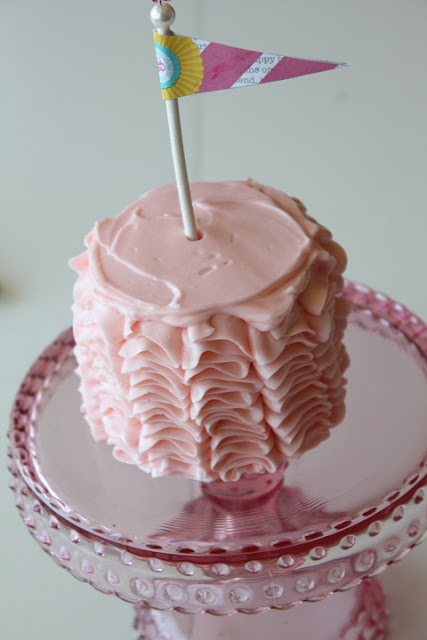