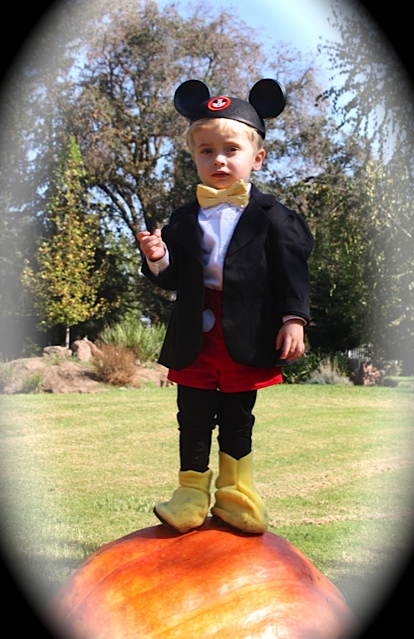 One of my closest girlfriends doesn’t have the slightest interest in “DIY,” but she LOVES Halloween and appreciates a handmade costume for her little boy, Easton.  This means that at least once a year, I get to try my hand at “boy” stuff!  This year, Mickey Mouse was in order for this cutie.  Easton wore his favorite mouse ears, a store-bought white collared shirt and a pair of Addie’s black leggings along with the sewn pieces. 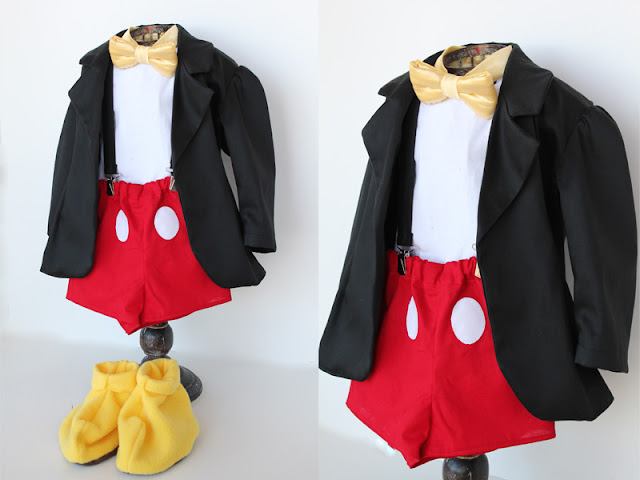 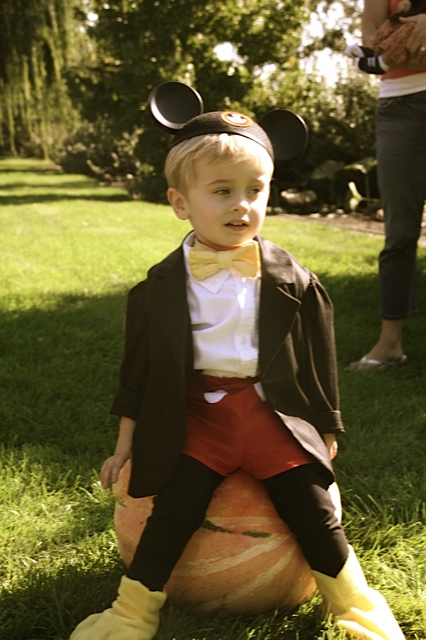 Isn’t he the cutest thing?  I’m so blessed to have my girls grow up alongside the children of my closest friends!