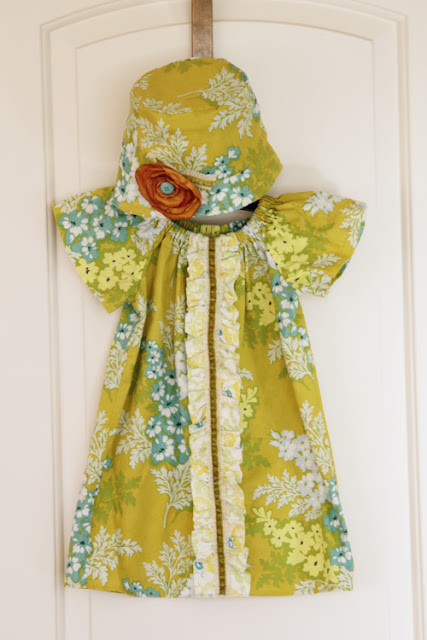 I don’t think I’ve ever sewn a hat prior to Project Run and Play.  Maybe one for a dolly, but that doesn’t really count.  So when I had only one shot at a hat with my blue velvet remnant for Outerwear week, I figured I’d better get a little “hat” experience under my belt before I tried to make up my own pattern.  I chose to make a bucket hat for Grace to match her “summer dress” as we were leaving for Hawaii the following week and I thought it might come in handy.  (It should be noted that Grace did not wear her summer hat, or her summer dress, or, really anything except for her swimsuit, swim cover up, and her sister’s nightgown….)  I did get a couple pictures of her wearing the hat here at home while she was singing off into space.  I used a Sew Much Ado pattern, here. 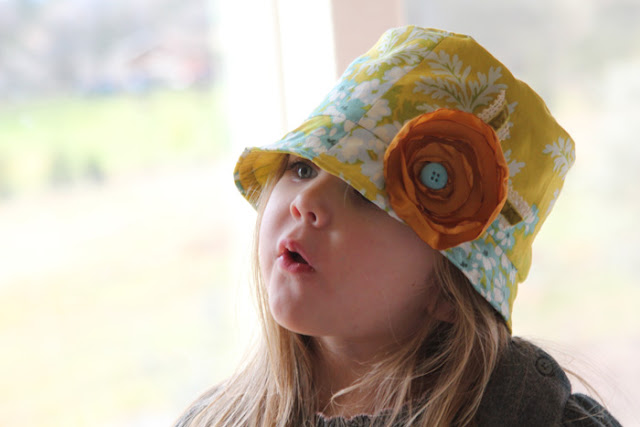 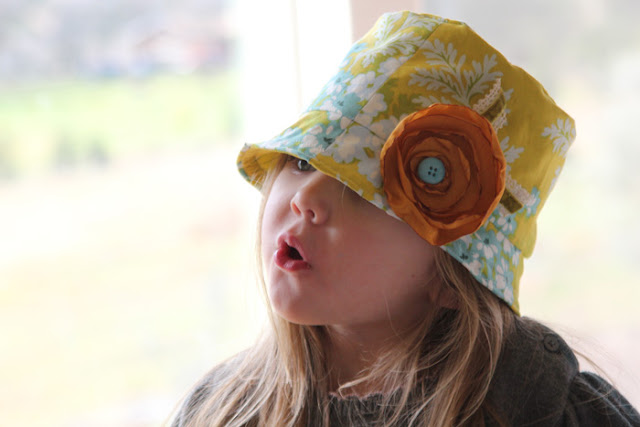